When a conservative vs. dynamic strategy

For several days, the market has been reporting an increase in the BTC price. Analyzing one of the most frequently used tools of technical analysis, the average of the SMA 200, we see that the BTC price has beaten the level of the average for the first time since December 2021. Moreover, we can see some similarity to the situation in August 2021. That’s when the SMA 200 was broken through after a prolonged period.

Are we facing the same situation today, which could preview the coming of an uptrend in the long term? It’s hard to say – especially since the price of BTC quoted in the 24-hour session has only been above the SMA 200 for a few days and – what’s more – its level has stabilized for now. 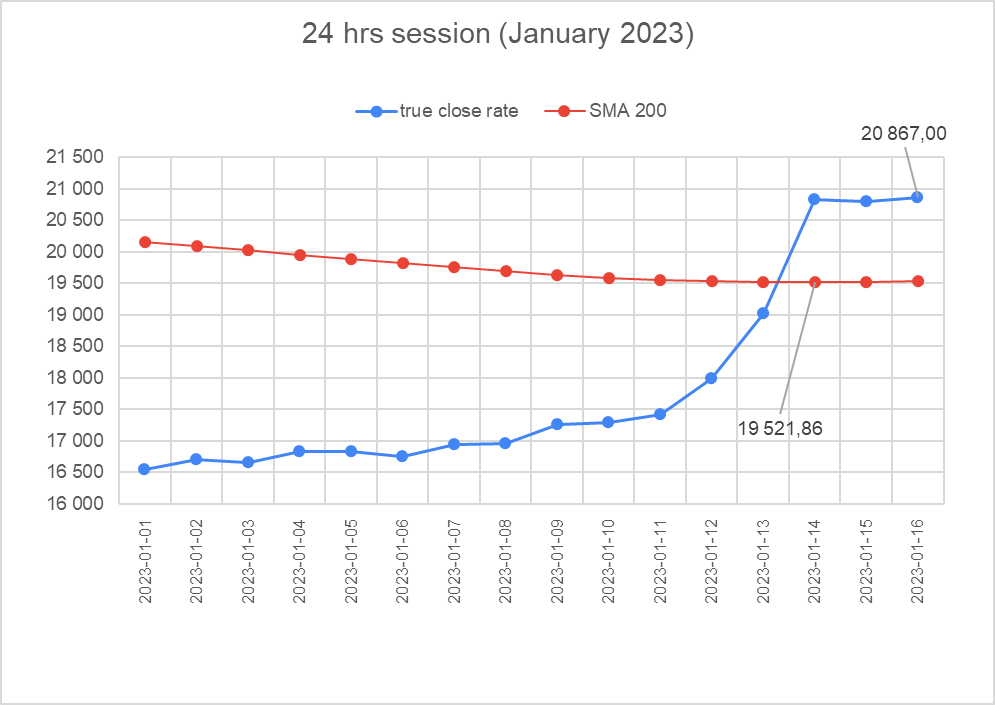 In 2021, the situation was similar at first – the BTC price fluctuated more or less around the average marked by the SMA 200, and only in October did it break out much above the average. 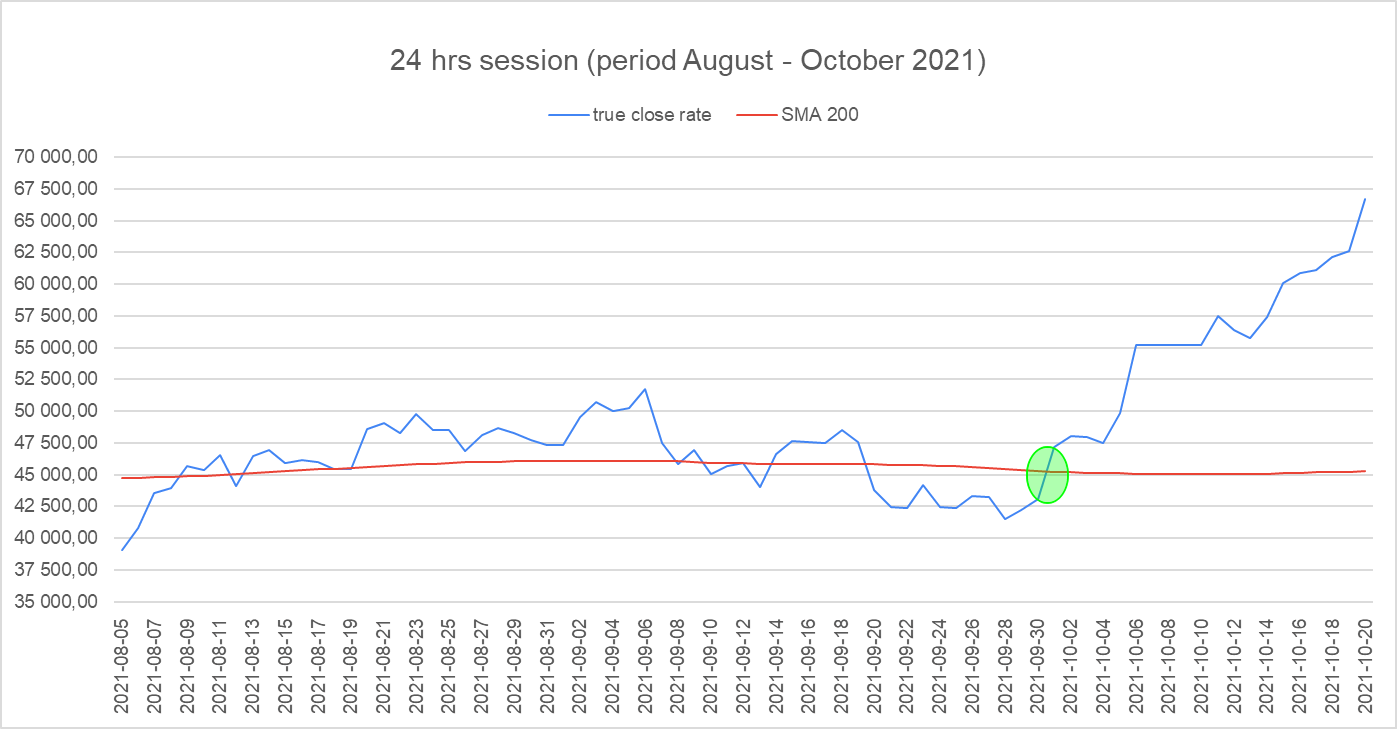 A little more information is provided by observing the price of BTC against the SMA 200 over shorter sessions – in this case, 8 hours. 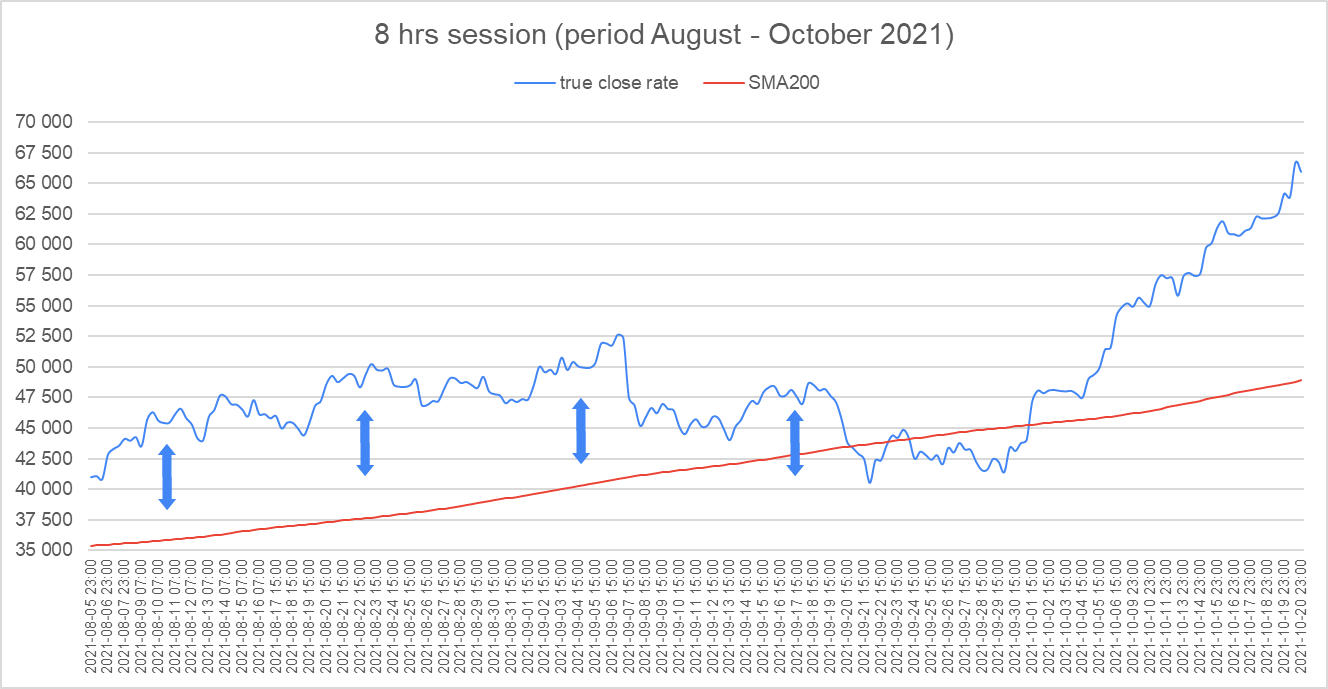 In this case, we can see that after beating the SMA 200 average (set for the 8 H session), BTC’s price formed well above the average – as it did in August 2021. However, for 2021, it should be noted that after piercing the SMA 200, the BTC price periodically also recorded quite significant declines.

The coming time will show whether we are dealing with a bull market in the BTC exchange. Today we still know too little to dramatically change investment strategies, the more so that in the case of our bot working based on a conservative strategy profits are recorded anyway.

And yes, we know – there would have been almost 30% profit on HODL during the period. Backward analysis is always effective ;).

Graduate of the Faculty of Law and Administration of the Adam Mickiewicz University in Poznań, trainee at the Institut Francais de Gestion. In the past, he was a member of the Board of Directors, Financial Director in manufacturing, service and financial companies. Member of the Polish Economic Society.