Senti-Trading-Bot’s effectiveness in November and year-to-date

Let’s summarize the bot’s performance in November and year-to-date.

November was the worst month this year. And not just this one. The aggregation of the collapse of FTX and Alameda Research led to very big turbulences in the cryptocurrency market. Bitcoin’s price plunged -25% and at one point reached its lowest level since November 2020, scoring a two-year all-time low. 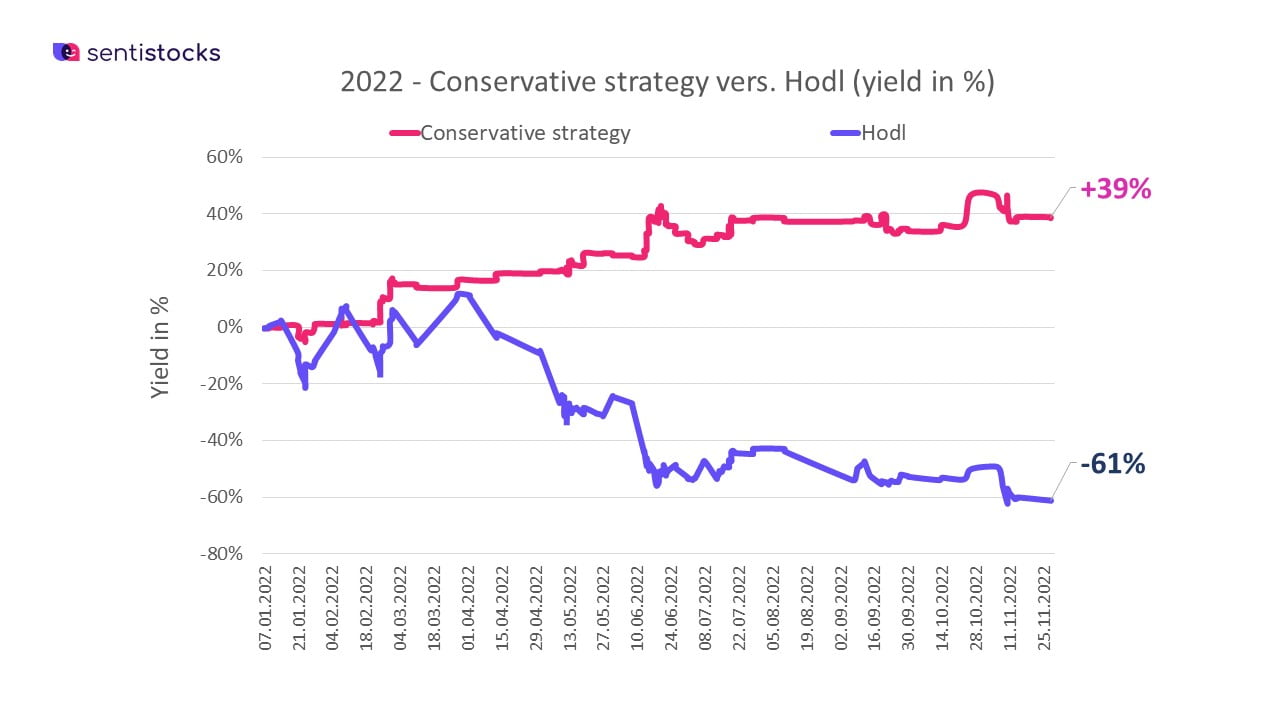 Senti-Trading-Bot was doubling and tripling by reading thousands of tweets and trying to play longs and shorts, nonetheless, as much as sentiment allowed.

In November, it executed a total of 7 closed positions. At the end of November, he closed the month with a net loss of -5.53% (including exchange commissions). 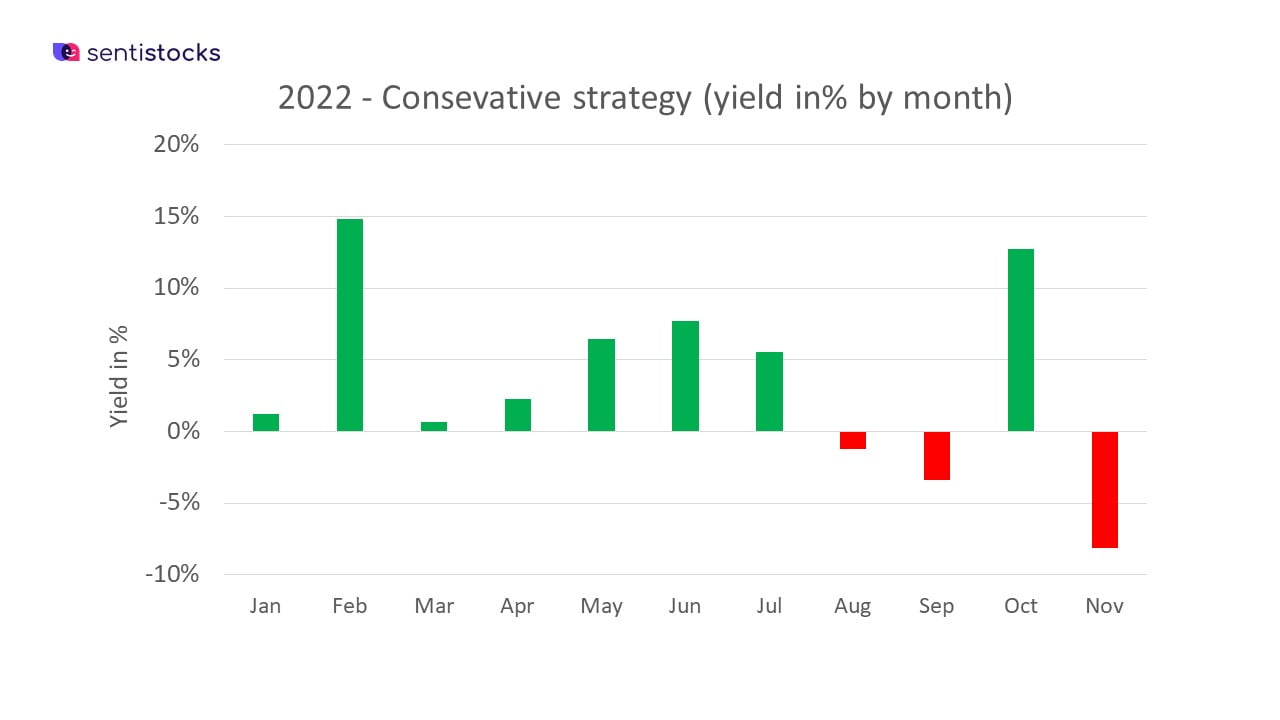 December started making up for the losses and the first operations were already profitable :).

It is not for us to judge the effectiveness of the bot. The question is how each of us would have ended November, making a decision on his own. Would he have resisted the turmoil or succumbed to emotions and lost much more. Answer for yourself. 🙂